Tony Finau is currently ranked 14th in the world as of the most recent September 19 world rankings.

Has Tony Finau won a major?

No, Tony Finau has not won any major championships.

How many weeks has Tony Finau been ranked in the top 10? 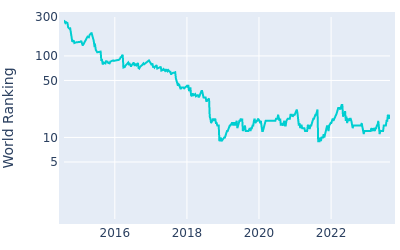 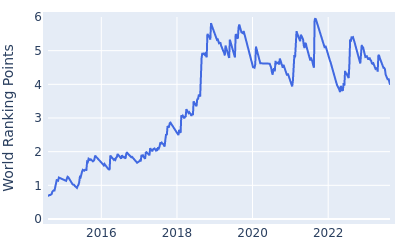 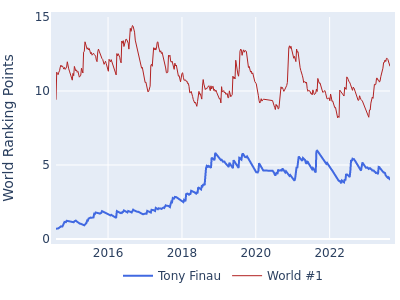